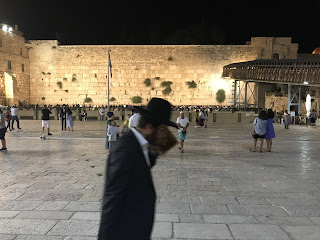 Sometimes an objection comes up that goes something like this, “We don’t even know if Jesus was a real person.” The truth is, whether Jesus existed is not even under question by scholars. Here’s a summary of why.

1) We have the four gospel writers attesting to Jesus’ life (even if you don’t believe in biblical inspiration, they are historical documents):

“Inasmuch as many have undertaken to compile a narrative of the things that have been accomplished among us, just as those who from the beginning were eyewitnesses and ministers of the word have delivered them to us, it seemed good to me also, having followed all things closely for some time past, to write an orderly account for you, most excellent Theophilus, that you may have certainty concerning the things you have been taught.” - The Gospel of Luke 1:1-4

2) We have Josephus, a non-Christian Jewish historian of Jesus’ time referring to him:

The Jewish high priest “had a man named Jesus, the brother of Jesus who was called the Christ, and certain others” killed. - Josephus (AD 37-100)

3) We have Roman authors of Jesus’ time referring to him:

“Christus, the founder of the name, had undergone the death penalty in the reign of Tiberius, by sentence of the procurator Pontius Pilate,” - Tacitus (AD 56-120)

4) We have references to Jesus in the Talmud:

“Jesus the Nazarene is going out to be stoned because he practiced sorcery, incited people to idol worship, and led the Jewish people astray.” [interesting he is accused of sorcery, indirectly attesting to his miracles] - Talmud, Sanhedrin 43a:20

5) No legitimate historian, Christian or otherwise, doubts his existence:

“The reality is that whatever else you may think about Jesus, he certainly did exist.” That Jesus actually lived “is held by virtually every expert on the planet.” - Bart Ehrman, agnostic historian

[Listen to him below]

He lived. Now the question is “who is he?” Is he the incarnate Son of God? Did he die for our sins? Did he rise from the dead? I think you know my answer!