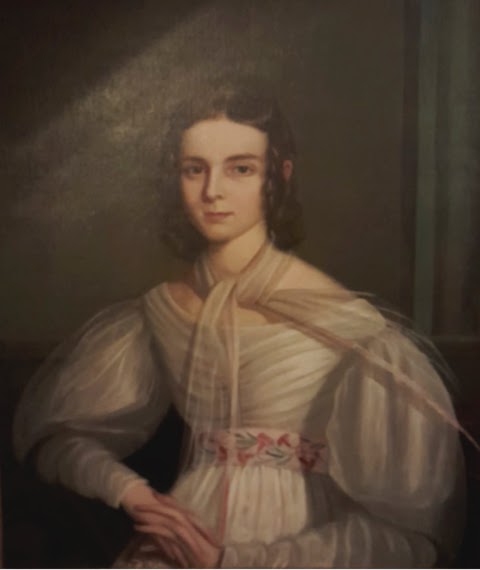 As Baptists in New England, we can claim as our own, Charlotte White (1782-1863), the first unmarried woman sent out from the United States to the global mission field. As such, she was appointed by the Baptist Board of Foreign Missions making her the first official female missionary (while others, like Ann Judson and Harriet Newell, went along with their appointed missionary husbands).

The Baptist Church of Haverhill, MA

Charlotte was a member of The Baptist Church in Haverhill, today known as First Baptist Church of Haverhill, the church I am privileged to pastor. She was converted under the ministry of our church’s second pastor, Rev. William Batchelder. Upon her conversion, Charlotte proclaimed:

"I was led to search the Scriptures in order to find assurance that Jesus Christ is the son of God; in doing which, I was blessed with a desire to be converted from darkness to light; the Holy Spirit rousing me to repent, and enabling me to confess Christ as my Lord and Savior."

She was baptized in Haverhill's local river, The Merrimack. Something stood out upon her baptism. As she entered the water, Charlotte sang a hymn “Mrs. W. just before she was plunged struck up a verse to the tune of Amherst.” (Saltonstall journals June 29, 1806). This seemingly sincere act of celebration and devotion caused some offense to onlookers. Charlotte was undismayed. She wrote: "In 1807 I was baptized by the Rev. William Batchelder, of Haverhill, Mass. and received into full communion with the Baptist church in that place.”

The Baptist Church of Haverhill, established by Hezekiah Smith, an evangelistic reformed Baptist "New Light" preacher in 1765. Smith pastored the church for 40 years, with a church-approved leave of absence to serve as a chaplain to General George Washington in the War of Independence. Under his successor, the congregation became a good breeding ground for missionary fervor. Batchelder led a charge to support Adoniram Judson after he converted to become a Baptist and the congregational churches dropped his support. Even local missions were a priority for the church: “Through her pastor and church, Charlotte had excellent access to information about missionaries serving in Maine, Vermont Canada, Haiti, the Tuscarora nation, and India.” (Reid Trulson, Charlotte Atlee White Rowe: The Story of America’s First Appointed Woman Missionary, 17).

The Call to Global Missions

Charlotte felt called to the mission field. As a widow, she was single and knew that no single women were appointed to the mission field. She applied to go nevertheless. Charlotte was maligned. Leading the charge against Charlotte was a pastor named Rev. Dr. Henry Halcombe, pastor of Philadelphia’s First Baptist Church “I took an active part in opposing the appointment of Mrs. Charlotte H. White, as a foreign missionary.” Halcombe went so far as to spread rumors questioning Charlotte’s motives for going. One such rumor was she had designs to go and marry William Carey’s son Felix, a slanderously false accusation. At its best, the missions board considered the question of whether or not a missionary needed to be an ordained preacher. The came to the correct opinion, that a ‘missionary’ was not limited in such a way. “The circular letter said the majority of the quorum ‘were of the opinion that the Term Missionary did not mean a Preacher only; but one sent’ and ‘did not mean to restrict the Term to the male sex or Preachers only”

Eventually, the Board approved her application, the first of its kind. Charlotte would go along with George and Phebe Hough, but herself appointed by the board.

"The Board considered her application, and on June 14, 1815, voted its approval. Charlotte Hazen Atlee White had become the first American woman to receive official appointment by any sending body to serve as an international, cross-cultural missionary" (Trulson, 50).

She was prepared for the long and dangerous journey across the ocean.

Off to Digah, India

Shortly after arriving in India, Charlotte met her true love, a British Baptist Missionary named Joshua Rowe. Together they ran a mission in Digah. Sadly, it wasn’t long before Joshua passed away. Along with eventually losing all of her biological children, this was yet one more great tragedy she endured. She had been orphaned as a young girl, widowed twice over, betrayed by a dear brother, maligned for her gender.

She continued to minister in Digah well into her widowhood. Charlotte was an accomplished linguist. She used education in India to spread the gospel. She spent a good deal of her time educating Indian females, trusting it would have a long term effect on the spread of the gospel. “The word of God bids us cast our bread upon the waters, and after many days we shall receive it again. I would apply this to native female instruction.” Her own work, a Hindustani spelling book, Mul Sutra, would be used for decades:

"Charlotte could not know that her Hindi spelling book, Mul Sutra, would outlive her as the Calcutta School-Book Society continued to reissue it. Between 1840 and 1844 it entered its fourth edition with a new printing of 1,500 copies. In the next three years, more than a third of those new copies had been sold. Between 1848 and 1851, the School-Book Society decided to revise the then twenty-five-year-old book. The work was entrusted to John Parsons, the British Baptist missionary and Hindi scholar at Monghyr who would also revise the Hindi New Testament. Schools continued to purchase several hundred copies of Mul Sutra per year. In 1862-1863 the book again took on extended life with a new printing of 2,000 more copies. In 1865 it was among the Urdu and Hindi books that Trubner & Co. of London imported to England from India." (Trulson 194-195).

Many single women would follow in her steps to the mission field, including her own niece.

One of the most striking aspects of Charlotte White’s ministry was she self-funded her entire mission to India! She lived out of a small amount of invested funds, rented out some mission property, and received pay for tutoring and boarding. She went without tea, coffee or even wood for fire. She did this while supported her children and other dependents, and living frugally: "I have not purchased any liquors, tea or coffee since I came from Calcutta. My friends send me a little wine and beer sometimes—as well as a good joint of meat. The war with Rangoon has made everything very dear.” She was no stranger to the cold: “I have never had a fire to sit by, though without a sheepskin under my feet, I should often suffer with cold."

Charlotte eventually returned to the United States, only to be virtually unrecognized for her work, unheralded for her trailblazing, and eventually buried in an unmarked grave. Nevertheless, as she herself proclaimed, she was used by God:

I feel myself to be a mere instrument in the hand of the Master workman. If he use me not, I am nothing—but in His hand, I have performed far beyond my natural strength or abilities. I have been enabled to do all, under the sense of the Sufficiency of His grace to bring me through.

The telling of her story is long since overdue.