A Tale of Two Kings 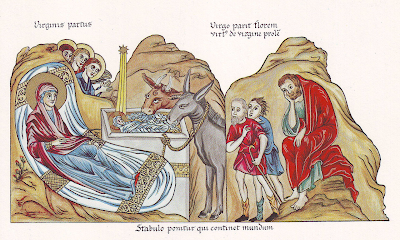 Gaius Octavius was born in 63 BC amidst not-so-humble beginnings. He was born at Ox Head, a property on the Palatine Hill into an old and wealthy equestrian family. The historian Suetonius comments, "There are many indications that the Octavian family was in days of old a distinguished one at Velitrae.” His father was the former governor of Macedonia; his mother, Atia, the niece of Julius Caesar. After his father died, Atia married his stepfather Lucius Marcius Philippus, a former governor of Syria, who claimed descent from Alexander the Great and was himself an elected consul.

Most remarkable for the boy was his great uncle Julius Caesar naming him his adopted son and heir. This meant that Octavius would inherit Caesar's name, estate, and the loyalty of his legions. He would use his incredible wealth to maneuver himself into power in days ahead.

After his rise to emperor, Octavius would compile an astounding resume of accomplishments. He was the first Roman emperor (his great uncle Julius was never named emperor), reigning from 27 B.C. until his death in A.D. 14. He was the founder of the Roman Principate who initiated both the Pax Romana, beginning an empire free from large-scale conflict for more than two centuries, and the Roman Roads, a network of roads with an official courier system making travel within the empire exceedingly safer. During his reign he dramatically enlarged the Empire, annexing Egypt, Dalmatia, Pannonia, Noricum, Raetia and expanding possessions in Africa and Hispania. Beyond these borders, he secured the Roman Empire with a buffer region of client states and diplomatically made peace with the Parthian Empire

He established a standing army and the infamous Praetorian Guard.

He established an official police and fire-fighting service for Rome.

He rebuilt much of the city of Rome.

He built the Temple of Caesar, the Baths of Agrippa, and the Forum of Augustus.

He restored 82 temples dedicated to the Roman pantheon of deities.

Octavius reigned with near autocratic authority. Though Rome did have a Senate, he was granted lifetime tenure as supreme military commander, tribune and censor. He possessed the right to convene the Senate at his will, to lay any business he wanted before them, to veto the Senate, to preside over elections, and to speak first at any meeting of the Senate.

Octavius enjoyed the reputation of the most distinguished titles. The most common was of course Augustus, which means the venerable or illustrious one. He was also Princeps Civitatis [First Citizen] Imperator [Commander], Pater Patriae [Father of the Country] and Pontifex Maximus, the most important position in Roman religion. He was also called Divi Filius [the Divine Son], as Julius Caesar was posthumously divinized. The very name “Caesar,” a surname for Octavius, became synonymous with emperor. Throughout history rulers would call themselves Tsars or Kaisers in connection with the Roman Caesars.

The adage power corrupts and absolute power corrupts absolutely rang true for Octavius. He divorced his first wife Claudia and married Scribonia. On the day Scribonia gave birth to his only natural child, Julia, he divorced her to marry another, Livia Drusilla. His lust for power made him a murderer of the innocent. He had 300 Roman senators and equestrians executed for allying with his political opponent. He ordered the death of Caesarion, Julius Caesar's son by Cleopatra, so no blood-line competitor to the throne could challenge him. He showed little mercy to surrendered enemies, to a degree that was even unpopular to Romans. During his reign the circus games extinguished the lives of some 3,500 elephants.

Octavius died of natural causes on August 19, A.D. 14 at 75 years of age. Publicly his last words were, "Behold, I found Rome of clay, and leave her to you of marble.” Yet privately they were, "Have I played the part well? Then applaud as I exit." An enormous procession traveled with Octavius’ body for his funeral service, and on the day of his burial Roman businesses were closed.

Now compare Octavius’ life to that of Jesus. Octavius enters the narrative of Christmas: “In those days a decree went out from Caesar Augustus that all the world should be registered,” (Luke 2:1). It is because of this census that Joseph and Mary travelled to Bethlehem and gave birth to Jesus, fulfilling centuries old prophecy. In the Bible’s perspective, Octavius’ life is as a pawn for the plan of God.

The King of Kings was born with no opulence or estates, save a lineage dating back to the kingly line of David. He is conceived out of wedlock (by the Holy Spirit), unwelcomed into the inn of Bethlehem and laid in a manger, the feeding trough for animals. He lived his life as a carpenter and the son of a carpenter. He never possessed great earthly wealth, with most of his three-year ministry spent as a travelling preacher with no place to lay his head. He built no palaces or cathedrals, wrote no books or tomes, and never left the outskirts of Israel. He used no manipulation or maneuvering to position himself into power.

His death was not peaceful, the result of natural causes. It was the polar opposite, the humiliating and horrid death of a criminal, after the excruciation of crucifixion. Among his last words were, “Father, forgive them.”

His titles do reflect similarities to Octavius: Christ [the anointed King], Immanuel [God with us] and The Son of God. But he came to serve, not to be served, and by his wounds we are healed.

History has spoken. Octavius is remembered only in history books and in Classic studies for universities; Jesus Christ is the most recognizable name on earth. Octavius’ marble image can be found in the back of most museums; Jesus Christ dominates all of western art. Octavius is worshiped nowhere today; Jesus Christ is worshiped the world over. Today, when Octavius’ life is remembered it is marked by the years of Jesus’ life: 63 B.C. (Before Christ) till the year of our Lord 14.