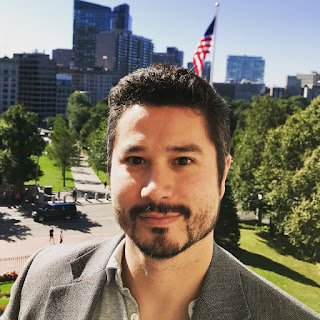 First Baptist Church of Haverhill has received a grant of $49,980.00 to enable its minister, Pastor Rick Harrington, to participate in the 2019 National Clergy Renewal Program. First Baptist Church of Haverhill is one of 150 congregations across the United States selected to participate in this competitive grant program, which is funded by Lilly Endowment Inc. and administered by Christian Theological Seminary in Indianapolis. Established by the Endowment in 2000, the program’s grants allow Christian congregations to support their pastors with the gift of extended time away from their ministerial duties and responsibilities.
Ministers whose congregations are awarded the grants use their time away from the demands of daily ministry to engage in reflection and renewal. The approach respects the “Sabbath time” concept, offering ministers a carefully considered respite that may include travel, study, rest, prayer and immersive arts and cultural experiences.

Recognizing that ministers’ families are subject to the stress and demands placed on pastoral leaders, the program encourages pastors to involve their families in renewal activities. Congregational needs during the minister’s renewal experience also are considered. Since the National Clergy Renewal Program’s inception, more than 2,800 congregations have participated in the program, including the 150 congregations receiving grants in 2019.
Pastor Rick will travel with his family to the United Kingdom, the Republic of Ireland, France and the Dominican Republic during his sabbatical leave reflecting on the historic, religious and multi-cultural nature of ministering in New England.
“Pastors play an important role in nourishing the spiritual lives of individuals and in guiding the work of the Christian congregations they serve,” said Christopher L. Coble, Lilly Endowment’s vice president for religion. “Through these grants, we seek to honor pastors for their extraordinary service and enable them to engage in a brief period of rest and renewal. We have learned that such experiences invigorate the leadership of pastors and bring new vitality to their congregations as well.”

Christian Theological Seminary in Indianapolis directs the Lilly Endowment Clergy Renewal Program for Indiana Congregations and a second program for congregations across the United States through its Center for Pastoral Excellence.