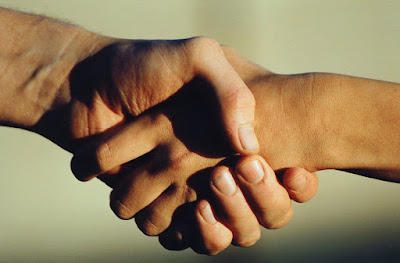 Jesus seldom spent much time in one city.  He was constantly travelling from town to town, meeting all kinds of people. On his travels he and his disciples came across a leper. The Koine Greek word for leprosy can refer to any number of different skin diseases.

A leper was ostracized from the life of the community. The Old Testament commands that when people come in contact with a leper, the leper is to identify himself by covering his upper lip and yelling out “Unclean, unclean.”  Lepers had to stand fifty paces away from everyone.  To touch a leper was to become unclean yourself.  If they entered a house, the house became unclean.  If they walked under a tree, the tree would become unclean.  One commentator writes, leprosy was not so much an illness as it was a sentence. Imagine not knowing, for years perhaps, the touch of another human being: a hug, a handshake, even a pat on the back.  To feel so utterly alone, different and broken.  Josephus the historian writes, there is no difference between a leper and a corpse.

The message of Jesus reached this particular leper’s ears, and now he sees him walking. This is his chance.What does he have to lose? Hoping against hope, somehow this leper has courage to approach Jesus, “If you are willing, you can make me clean.”  Notice the humility in his words.He makes no demand, puts no imperative to him, and just asks as one who can offer nothing in return.  He doesn’t question Jesus’ ability, only his willingness. The Gospel-writer Mark tells us Jesus was indignant, not at the leper, but more likely at the wretchedness of sickness and the pain it caused this human being.  Then Jesus doesn’t just heal him, he reaches out his hand and touches him.He touches a leper! Jesus specialized in breaking taboos: claiming Deity, breaking Sabbath rules, and touching lepers.

He touched a perpetually unclean man.  Doesn’t that make Jesus unclean? Never. Nothing makes Jesus unclean. He makes what he touches clean! And the man’s leprosy is gone. Now that is power. That is the the type of power kings and queens only dream about.

He Still Touches Lepers. Ever hear someone say: Jesus wants nothing to do with me. He doesn’t know the types of things I’ve done. He doesn’t know the sins I’ve committed, the choices I've made, the uncleanness I’ve let in. He wouldn’t accept me. Try him and see what happens. Let me introduce you to the real Jesus, the one who touches lepers.